What is Wild Rhubarb?
Is it Edible?

What is Wild Rhubarb?

Is it edible? What is the difference between it and Common Burdock?

Perhaps while walking through natural landscape such as pastures, open woods or roadsides, you have come across what appears to be rhubarb growing "in the wild".

However, rhubarb is not the only plant which is recognized by its large dark-green leaves and greenish-red stalks.

Common burdock, also known as "Wild Rhubarb" is a weed that has a similar appearance to garden varieties of rhubarb.

Its misleading common name and its similar features has been the reason for much confusion. 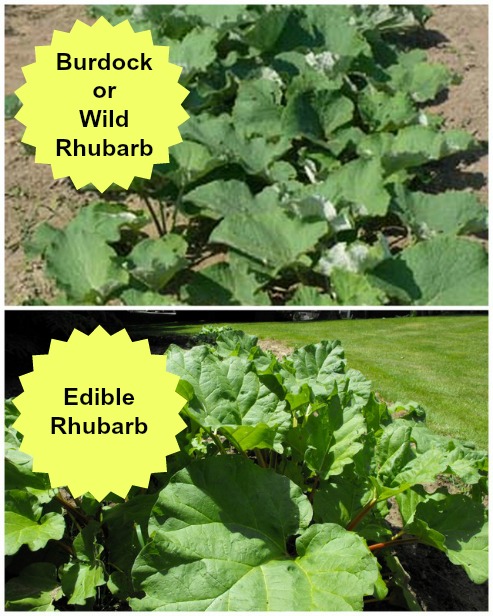 The image above shows the similarities in appearance of Wild Rhubarb (top photo) and garden Rhubarb (bottom photo).


Common burdock belongs to the Composite or Aster Family (Compositae).

To the untrained eye, Common burdock is easily confused with garden varieties of rhubarb.

The edible rhubarb plant, however, belongs to a group of plants of the genus Rheum in the plant family Polygonaceae. 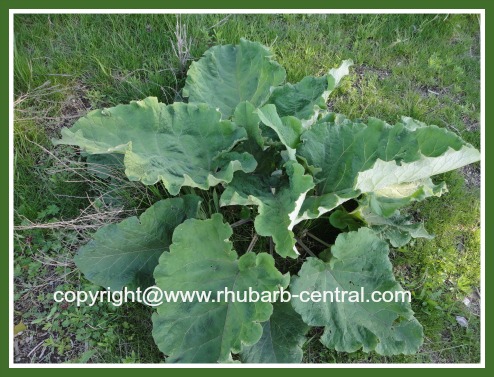 This pictures above and below are of Burdock or Wild Rhubarb, NOT edible rhubarb! 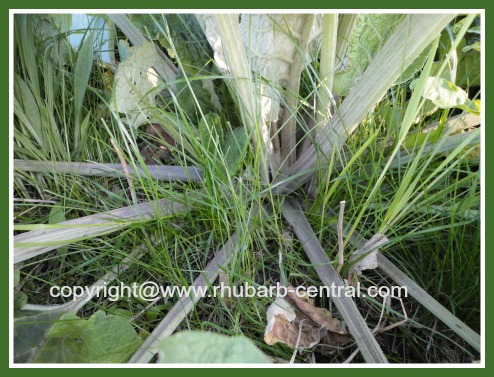 Burdock is an biennial plant that reporduces by seed.

The mature leaves of Burdock are less curly than rhubarb, and the undersides of the leaves are "wooly" or "hairy", unlike rhubarb.

Burdock plants (weeds) can grow to a height of 6 feet, unlike rhubarb plants. 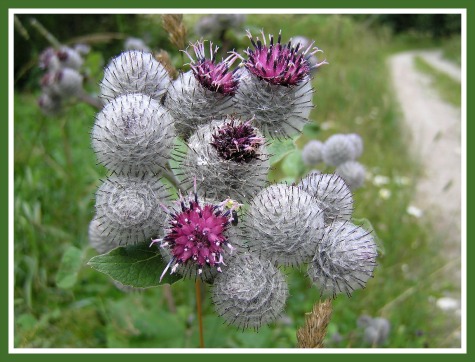 These burs (see photo below) easily break off its stalk and are known for sticking to clothes or to animal fur. 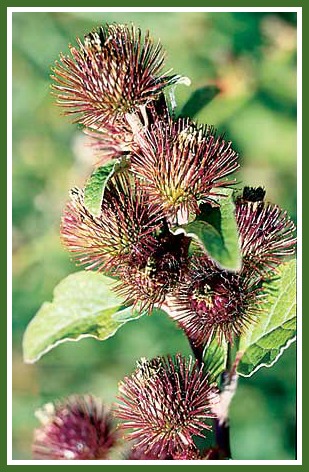 It is not advisable to eat Common burdock, and it should be considered toxic due to its potential diuretic effects when consumed.

TOP of What is Wild Rhubarb?

RETURN to Varieties of Garden Rhubarb

HOME to All About Rhubarb