What are Facts about the Rhubarb Plant?

As far as Rhubarb Plant Facts are concerned, it appears that many people are not very familiar with the tart vegetable called rhubarb.

The scientific name for rhubarb is Rheum rhabarbarum.

Unlike most other vegetables, even those who grow this most versatile of all veggies(!), often wonder about the facts surrounding the "pie plant".

Here (below) are facts and information about this garden vegetable that you may both surprising and interesting! 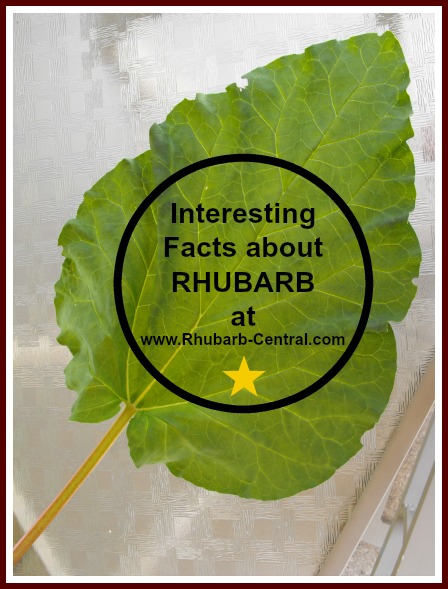 ©2010-2020  Rhubarb-Central.com
All Rights Reserved Worldwide
No Reproduction Permitted Without the Expressed
Written Consent of the Site Owner